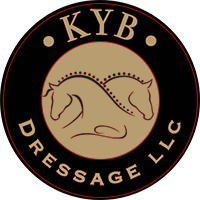 I was born to become a horse trainer, of that fact, I am sure. I have always been most content and at ease around anything equine and since the age of twelve, I knew there would be horses in my life forever.

I grew up in Toronto, Canada without nearly enough access to my passion, and so I read, and by saying the word “read,” I mean every single thing I could get my hands on that had any information from which I might glean another tidbit about horses. Every fictional story or how-to book in both the school and the local library on the subject of horses was eagerly read at least once. All of this information gathering was before the internet and therefore, harder to come by, back in the early seventies.

I spent a few teenage years cultivating a very elaborate imaginary stable of horses to train and ride and became extraordinarily fit in the process. I barrel raced, jumped, galloped and went on long trail rides on my own equine legs. On garbage day, I cantered down the road finding ways to jump people’s trash piles as a horse from the waist down and rider from the waist up. I became a bit of a laughingstock in my neighborhood, but none of the ridicule ever really bothered me. Unfortunately, my decidedly non horse loving brothers, sister, and father were embarrassed by my ongoing horse antics, but I considered that their problem and carried on following my passion however best I could.

After high school, I decided my higher education needed an equine theme and so I found myself at Greenwood Raceway in Toronto, where I got a job as a groom for a large standardbred racing family. I learned so much, first as a groom but eventually as an Assistant trainer as I traveled initially to florida and then all across the United States working in the standardbred industry. I am most grateful for all that I learned about fitness and care of young, high-performing equine athletes. I eventually left the business because I also learned far too much about lameness that befalls horses of that age, working so hard that it made them prone to all manner of injuries and strains. After seven years in the race horse industry, I moved on.

North Florida was my next destination, and I spent five years re-training, race horses for show careers. I also developed a bit of a talent for correcting behavioral problems both under saddle and on the ground. It was during this time that I devised a way of starting youngsters by myself without even a round pen or a helper.

Somewhere during this chapter of my life, I thought I invented dressage. I had a way of riding that was different than the race horses, western riders and hunter jumpers to which I had been exposed. I wanted to feel my horses. With my seat, leg, and hands, and I wanted to keep them connected to me at all times.

A trip to my local feed store proved me wrong and changed my life. I found a copy of Alois Podhasky’s complete training of horse and rider in the bargain bin, and I stayed up all that night to finish reading my first real dressage book. I learned that I, in fact, did not, invent dressage. However, dressage would be my next calling and I began studying in earnest both the discipline and the art form, that is dressage.

Busy as I was, I rather selfishly took a position at the Arabian Nights Dinner theater in Orlando, Florida, because I wanted a chance to ride and learn from the horses there. I was part of the show for a little over five years. I met and married my husband, Kim, there, became the principal trainer, a feature performer in the show, and eventually the Director of Entertainment Operations.

Kim and I then decided it was time to let show business take a back seat to our dressage aspirations, and we accepted a position as head trainers for Bob Oury at Indian Hills training Center in Gilberts, Illinois. There, we started training and competing dressage horses in earnest. We had over sixty horses on the farm to break, train, and sell, along with four rather unruly stallions to sort out. During this period, KYB Dressage was born.

Since then, we have imported some fabulous and award-winning show horses for a variety of clients. We have qualified horses and riders for World Championships and World Cups. Dozens of National and Regional titles have been earned by horses and by riders under our guidance.

Ginna Frantz of Grand Prix Equestrian has become our friend and principal sponsor. We have trained and ridden her horses to earn her the USEF Dressage Owner of the Year award for five consecutive years.  Her top stallion, GP Raymeister, is the best friends I have ever had.

The books I have written, Ride the Right Horse, The Dressage Horse Manifesto, The Spirit of the Horse and All the Kings Horsemen, are a reflection of what I have learned over these many years studying my equine friends and the people who work with them. I am a horse trainer, first and foremost. I love my life, my family and the horses I get to work with and am blessed to have the people in my life who believe in me.

As a horse crazy child, I would have given anything to have someone extend a hand to help me, and I have never forgotten my roots.  I now extend my hand to help young professionals and aspiring riders find their chance to be around horses and to discover for themselves if their life calling is the pursuit of hoof prints in the sand.